Of course, singers can still sing when they have a broken finger, so I guess it kind of evens out. Except that upper respiratory infections are far more likely to afflict the general population than broken fingers. (I was going to title this blog “A throat full of snot,” meant to be sung to the tune of “A heart full of love” from Les Mis but I thought it might be off-putting.)

I managed to stay plague-free ever since the advent of H1N1, despite my husband being in contact with sick people day in and day out, having kids harboring the virus entering my house daily, and now going to a college full of them 2x a week. What did it? What or who gave me, if not swine flu (God forbid), a raging head cold that caused me to cancel 2 days of students/income? 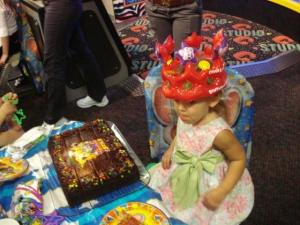 A small 2 year old child. That’s her. That’s the carrier. All I needed was to be exposed to her over a 2 day period and BAM, flat on my back. You know I’m not well when I cancel a day full of students who are not only among my favorites but several of them are paying me, to boot.

Of course, it was worse for my niece, Jessica. Or as I like to call her, Typhoid Jessie. (URI Jessie just doesn’t have the same ring, even though it’s more accurate.) The poor thing had so much congestion that she had to be hospitalized for a day and on oxygen. She’s better now, and so am I.

One thought on “Pianists can still play when they have a cold, dammit”